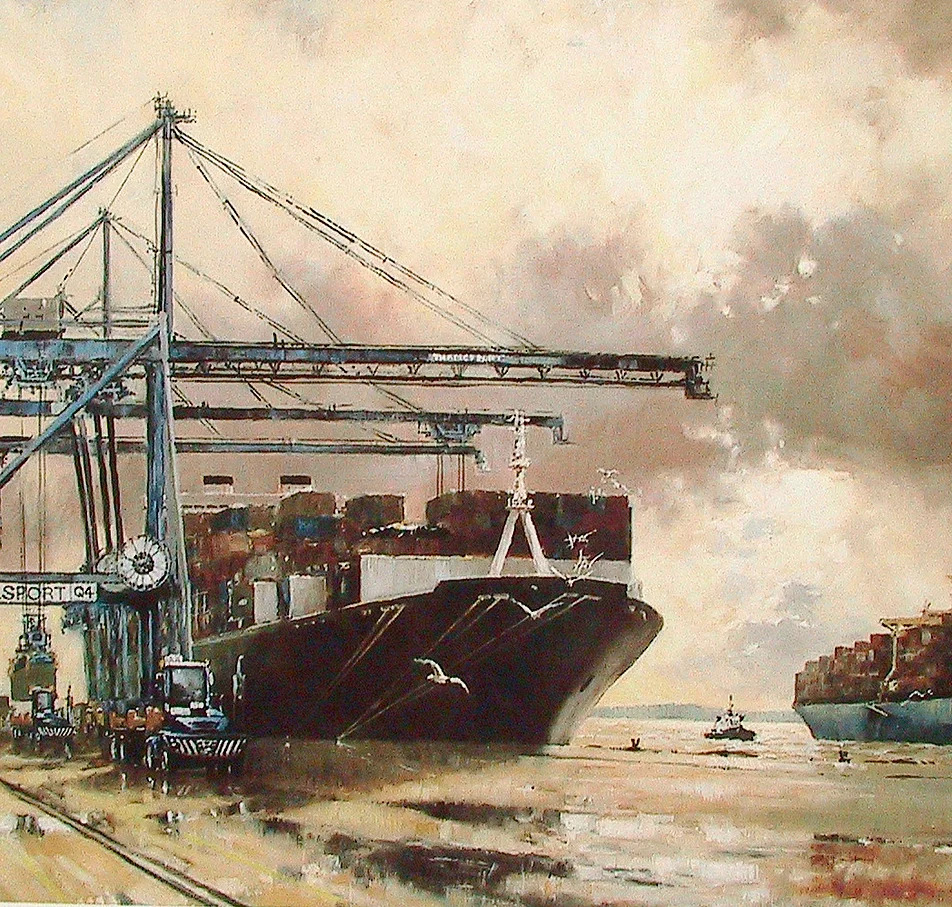 Christopher Jarvis was born and grew up in Kent, England. On leaving school he went into the family building business. He was always interested in art, but as a teenager, he became a professional drummer in the ‘pop’ scene of the 1960s. In 1988, he decided to become a full-time artist and he now expresses his passion for music through his painting.

Chris’ grandfather was a wheelwright and this undoubtedly explains his love of the countryside and why so much of his portfolio features rural life.

In 1998, he moved to Rochester in Kent, which is situated on the river Medway. This ancient city and all its activity on the water has provided him with exciting new reference.

Chris’ work has been extensively published and exhibited throughout England, particularly in the South East, and he has undertaken commissions, workshops and demonstrations, both in oils and watercolours.

Christopher was commissioned to paint this picture of the Thamesport container port which is situated on the River Medway. Fifty prints were taken from Chris’ original to be presented to captains of visiting ships from all over the globe.